The Legend of Zelda: A Link to the Past - SNES (Super Nintendo)

Emulator Online » SNES Games » The Legend of Zelda: A Link to the Past - SNES (Super Nintendo)

Play The Legend of Zelda: A Link to the Past Online

Here, at My Emulator Online, you can play The Legend of Zelda: A Link to the Past for the SNES console online, directly in your browser, for free. We offer more Zelda, Nintendo and RPG games so you can enjoy playing similar titles on our website. Why don’t you try?

The Legend of Zelda series is full of classics that essentially mark the peak of the gaming medium within their respective eras. The Legend of Zelda: A Link to the Past is one such game. A glorious top-down adventure with all of the 2D Zelda bells and whistles: a punishing overworld loaded with puzzling dungeons, challenging, strategic boss fights, lots of upgrades that gradually unlock more and more of the world, and wonderful secrets hidden in every corner. It’s a truly magical game that sits among the best of a truly magical era. 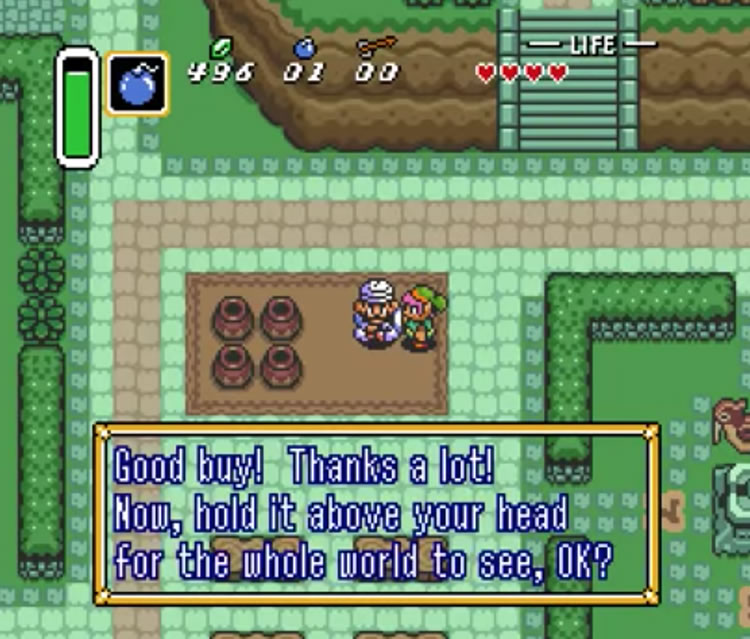 With a legacy spanning over a dozen games and a handful of console generations, The Legend of Zelda: A Link to the Past obviously has to be a pretty fantastic game. Everything about it hits just right. Combat is smooth, cerebral, and exciting. Talking to quirky NPCs and just exploring the world in search of dungeon entrances and upgrades while the incredible overworld theme cascades in the bathroom is surreal. The dungeons themselves are epic, filled with head-scratching puzzles, hordes of angry enemies, and plenty of challenges that new players slowly learn to conquer. Every aspect of the experience culminates beautifully into one outstanding game.

No amount of praise is too much for The Legend of Zelda: A Link to the Past. It’s one of Nintendo’s best games. It’s one of the SNES’ best games, admirably holding its own against behemoths like Super Mario World, Chrono Trigger, and Super Metroid. It’s one of the best games in existence, period. Whether you’re trying it out for the first time or revisiting after a dozen playthroughs, The Legend of Zelda: A Link to the Past is exactly the sort of magic that made Nintendo the games juggernaut that it is today. If you haven’t tried it, try it. If you have, then you shouldn’t need convincing – go ahead and take it for another spin.