Here, at My Emulator Online, you can play Donkey Kong Country for the SNES online, directly in your browser, for free. We offer more Donkey Kong, Nintendo and Platform games so you can enjoy playing similar titles on our website. Why don’t you try?

With its tight controls, treacherous level design, a catchy soundtrack, and lovely retro graphics, Donkey Kong Country marked a few important beginnings in video games. For its developer, Rare, the first Donkey Kong Country represented a new era of quality from the studio as a partner to Nintendo. For its titular character, Donkey Kong, the game completely reinvented his personality. Formerly a simple simian who kidnapped women and stood on top of construction projects, his 2D platforming adventure spawned the energetic, mischievous, playful family of Kongs that we all know and love today. Finally, the immensely amazing game asserted itself, and later, its sequels, as a new major figure in the 2D platformer genre. Donkey Kong Country is a fantastic title and an intriguing piece of gaming history. You owe it to yourself to check it out.

Donkey Kong Country wastes no time in asserting itself as a colorful, engrossing game. Its toe-tapping opening tune embeds itself in your head instantaneously, and from there, you’re launched into a vibrant, stimulating world. Levels pop with bright backgrounds and glorious musical arrangements. Donkey Kong Country is very pretty, with a unique graphical style that sets it apart from its 16-bit brethren. The musical prowess deserves reiteration as well; classic tracks like Aquatic Ambience appear here in overflowing glory for the first time. Donkey Kong Country is a treat for the ears and eyes. 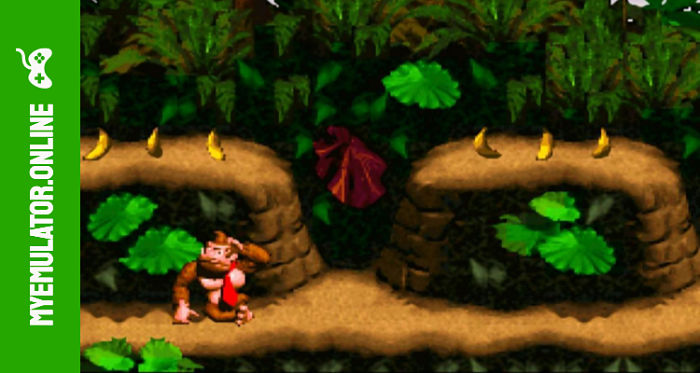 Aside from looking and sounding great, Donkey Kong Country is very, very fun. Its levels are deep and challenging, filled to the brim with ruthless platforming, cruel enemies, and hidden secrets that you will find yourself going back for again and again and again. Gameplay is healthily varied. Several levels spice things up by having you take command of rhinos, ostriches, giant fish, and more. Jolt after jolt of adrenaline flow through your veins in the speedy danger of the famous minecart levels.

To add to the intensity, Donkey Kong Country utilizes an old-fashioned limited save system. You can only save at designated checkpoints in each of the game’s six worlds. This means that, upon entering a new world, the player normally has to beat three or four levels without losing all of their lives before they reach a save point. Otherwise, it’s game over. Even simple platforming comes with loads of pressure when one more death will send you four levels backward. You don’t know sweaty palms until you’re on your last life at the last checkpoint of a particularly stressful level, just one or two well-timed jumps away from making your progress permanent.

Donkey Kong Country is a formulaic 2D platformer, but it gets every bit of that formula right. The sights and sounds are incredible, the controls are solid and deliberate, and levels are varied and unforgiving. With hidden secrets, endless surprises, and overflowing charm, it’s easy to see why Donkey Kong Country enjoys such a stellar legacy. On top of being downright amazing, the game is an important piece of its franchise, its genre, and gaming history in general. Give it a try. Seriously.