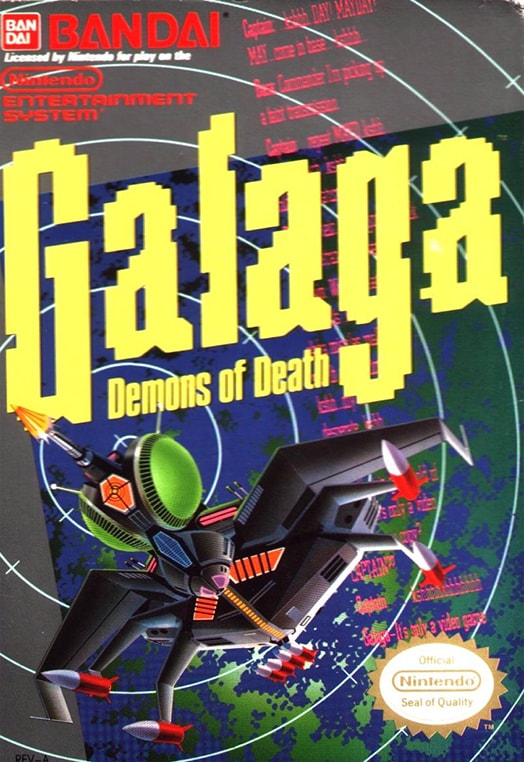 Here, at My Emulator Online, you can play Galaga for the NES console online, directly in your browser, for free. We offer more Shoot ’em up, Arcade and Namco games so you can enjoy playing similar titles on our website. Why don’t you try?

Galaga is part of the rarely found fixed shooters genre. Nowadays we have the popular first person shooters everyone knows such as Call of Duty and Counter Strike, but fixed axis shooters are something else; they are where it all began, what shooters all began with. Shooters are categorized by viewpoint and movement in particular, as well as design elements. Fixed shooters restrict the player to a single axis of motion, enemies attack from one direction all on one plane. While this may not sound as exciting as the ever expanding open-world design found in many AAA titles today, back in the 80s when Galaga was released, this game design created one of the most successful shooters to this very day. Developed by Namco in 1985, Galaga is a direct sequel to Galaxian, released in 1979 and was created as a direct competitor to the highly successful and well known Space Invaders. 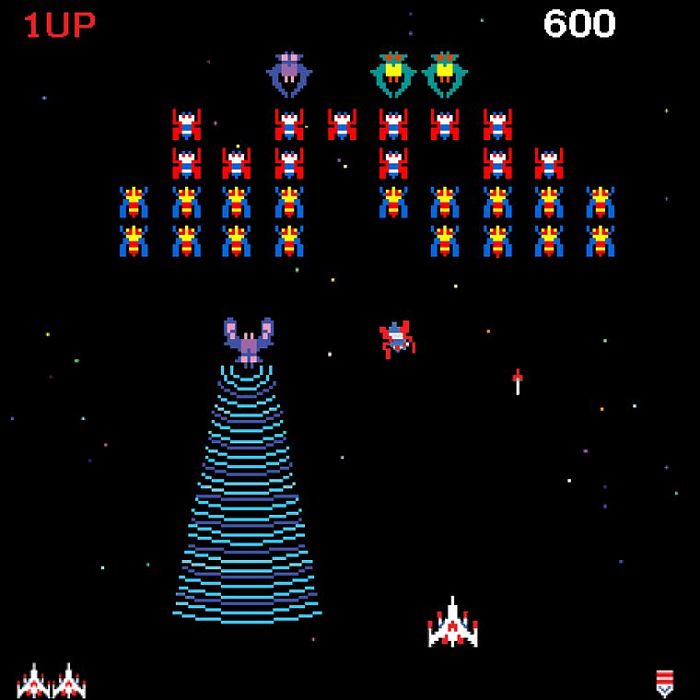 The sole objective of the game is to earn as many points as physically possible, and to beat the current high scorer on the leader board. The way you earn these points are by annihilating as many bug looking spaceships before they inevitably try to destroy you. The player controls a little spaceship of their own which can move left or right all along the bottom of the screen. Throughout the game the enemies will move into view from both sides of the screen in perfectly choreographed ovals before moving into a military style formation from the top from where the main attack starts. At least in the early stages of the game anyway, as later on enemies will fire upon the player as soon as they enter onto the screen meaning if the players reactions aren’t on point at all times you can quickly find yourself a crumpled blown up mess at the bottom of the screen – and a life down in next to no time with only two left remaining. 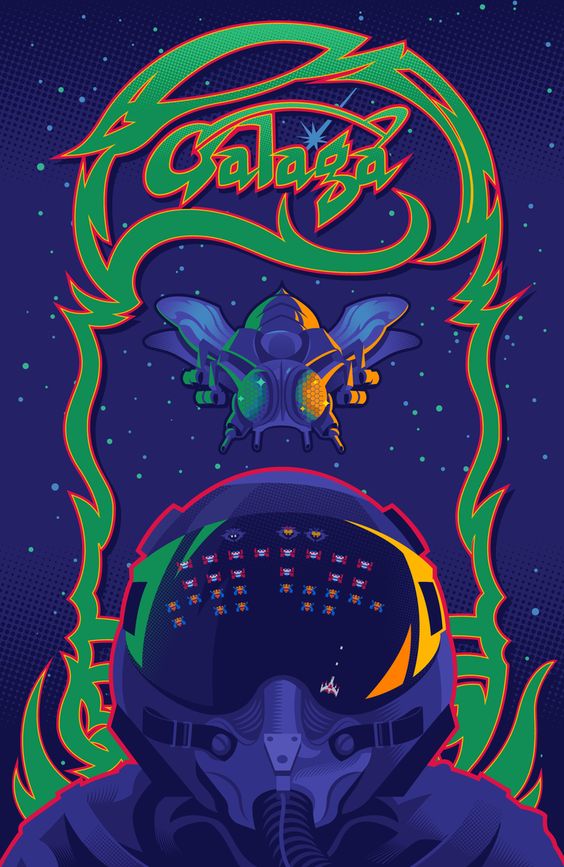 The graphics and sound effects are exactly what one would expect from a 1981 arcade game, but they are animated to perfection and present a timeless look that will never grow old. Still in today’s wide spread range of games available Galaga is still an exciting experience regardless of age or previous knowledge of the game. Also we have to thank for the video game market that we have today as there is no doubt that it was a heavy contributor to the global growth of the video game market. With simple but definitely challenging gameplay, rewarding experience, and an everlasting reputation as an everlasting game, Galaga will continue to embellish arcades, bars, cinema lobbies, and anywhere else that will have them for the significant future. If you ever see it and have a spare coin you know what to do with it!