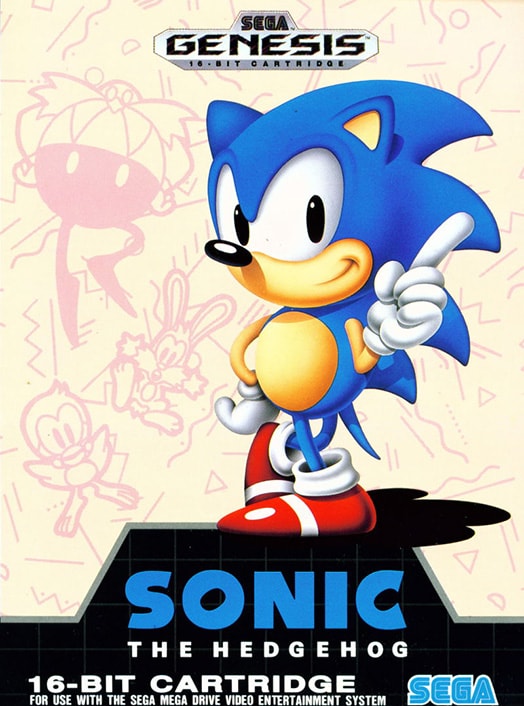 Here, at My Emulator Online, you can play Sonic the Hedgehog for the Sega Genesis console online, directly in your browser, for free. We offer more Sega, Sonic and Platform games so you can enjoy playing similar titles on our website. Why don’t you try?

When the Genesis rode into town, Sega knew that it needed a colorful, lovable mascot to compete with the likes of Mario. Enter Sonic the Hedgehog, a blazing fast 1991 platformer that thrives behind tight gameplay, a wonderful sense of speed, vibrant levels, and an iconic, energetic soundtrack. Sega hit the ball out of the park with Sonic the Hedgehog. Not only did the company find the mascot it was looking for, it also found one of the highlight platformers of the 16-bit era, and spawned one of the most successful video game series of all time. Nowadays, the original Sonic the Hedgehog still holds up, but it’s not quite at the same height as its successors. The game’s electric presentation carries an excellent retro feel, and the levels are as fun as ever to play again and again and again, but later Genesis titles like Sonic the Hedgehog 2 and Sonic the Hedgehog 3 & Knuckles showed just what the Blue Blur is capable of.

Right from the start, Sonic the Hedgehog sinks its teeth into you. Green Hill Zone is rightfully one of the most famous opening levels to a game in history, quickly introducing players to series hallmarks like Bounce Pads, robotic animals, and loops that are just so satisfying to charge through. More importantly, Green Hill Zone is a wonderfully designed level that showcases the replayability of Sonic the Hedgehog – as an introductory mission light on difficulty, Green Hill Zone is easy to explore, so players can try out the multiple level paths and hone their sense of momentum within the game. On your first few restarts after a game over, Green Hill Zone will play as a standard platforming level, with Sonic pulling off the usual walking and jumping with the occasional burst of speed. Give it a bit of time, however, and you’ll piece the level and its many routes together and start blazing through in record speed. That describes the Sonic the Hedgehog experience at large: a standard, somewhat speedy platformer on its face that evolves into a much more strategic and downright blistering adventure as players begin to learn the levels. As a result, the game feels smooth, responsive, and satisfying.

Of course, Sonic the Hedgehog gets much harder after Green Hill Zone, and none of its later three-part zones are quite as iconic as the first, but they’re all lots of fun and great to slowly unravel. In your time with the game, you’ll be treated to a variety of excellent levels and a wonderful soundtrack. While its looks are obviously less impressive today, Sonic the Hedgehog’s bright colors, emphatic sounds, and incredible sense of speed made the game a technical marvel back when it launched with the Genesis.

Overall, Sonic the Hedgehog is still a wonderful platformer, and even though its unique momentum-based formula was perfected by its sequels, the game is still an absolute joy to play. It’s careful design and fast gameplay help it to hold up quite well today, and because every level has so many different ways to play, it’s a game you can revisit over and over. Whether you’ve played Sonic the Hedgehog one time or one hundred times, there’s no good reason that you shouldn’t drop whatever you are doing right now to take the game for a spin.